Planning to buy best smartphones under 16000 Rs. in India then you have landed at right place.After the smartphones under 15000 there is a range of smartphones which provides configuration like flagship smartphones.We can expect excellent camera quality,respectable Antutu Benchmark score and a long lasting battery backup.But finding a phone with a difference is very tough work and that’s why i am here .

From tons of mobile phones i have compiled up the list of best smartphone from top brands like Lyf,Samsung,Asus,Oppo,Zoppo,Htc,Vivo Etc.Hope you will like the list.These smartphones under 20000 and mobile phones under 25000 are tough competition to these android phones.

Oppo F1s is a most popular Oppo phone till date. As we know that Oppo denotes itself as a camera phone and it worth its name. First of all let’s talk about its design. The phone got very slim design and offers best in class metal build. The power and volume keys are placed oppositely. The Volume keys are at the left side and the power key is placed at the right side. The convenient is very much focused in the device.

Oppo F1s operates on android lollipop v5.1.1. and supports dual SIM. The phone comes with the 5.5 inches HD IPS LCD having 267ppi of pixel density.  To protect the smartphone from scratches there is a Corning Gorilla Glass v4 is placed on the top of the screen. Performance of the phone is handled by 1.5GHz Nova-Core MediaTek MT6750 processor. To play heavy graphic games it has Mali-T860 MP2 graphic card and to perform heavy tasks it has 3GB massive RAM on board.

Moto M is a latest premium smartphone from Motorola. After the success of the budget Moto E3 power, Motorola steps forward in the Indian market with Moto M. The phone comes with the Android v6.0.1 Marshmallow and has Hybrid Dual SIM support.

Here is a highlight:

The mobile has full metal build design and has 5.5 inches FHD IPS LCD screen protected by Corning Gorilla Glass on top. Under the hood, there is a 2.2GHz Nova-Core processor having MediaTek MT6735 chipset. Some of you are gaming freaks and its Mali-T860 MP2 is best GPU for you. Its multitasking is taken care by 3GB RAM.

On storage side, the phone has massive 32GB memory with USB OTG support. If you need more storage then its 128GB expandable memory is good for that. As per the cameras are concerned, the Moto M has 16 MP primary camera and 8 MP front facing cameras for selfies.

Oppo F1 gives tough competition to one plus two and Moto M. The phone has stylish design, slim, compact size and solid build. The Oppo F1 is operated by Android lollipop v5.1. The mobile has display size of 5.0 inches with HD resolution and 294ppi of pixel density. The corning Gorilla Glass provides extra protection from scratches.

At the heart of the phone, there is a Nova core snapdragon 616 processor. The phone has Adreno 405 GPU and 3GB RAM.  The AnTuTu benchmark score for the Oppo F1 is 36043.

Oppo F1 has internal storage of 16GB with USB OTG support. It has 13 MP primary camera with autofocus and CMOS image sensor. For taking beautiful selfies, the phone has 8 MP front shooter. The phone is fuelled by 2500mAh li-ion battery.

Here is a highlight:

The Honor 6X is operates on Android Marshmallow v6.0.1 sitting on a EMUI 4.1 custom ROM. The phone performs excellently with its Nova-Core HiSilicon Kirin 655 processor. The processor of the phone is coupled with Mali-T830 MP2 GPU and a massive 4GB of RAM.

Honor 6X has 64GB internal storage which can be expand through external SD card. The phone is specially designed for camera and selfies freaks. It has 12 MP + 2 MP dual primary cameras. Its 2 MP camera is specially made for focus on the object. The phone has front facing snapper of 8MP resolution. The phone has 3340mAh li-ion battery which claims 2 days of battery backup.

Yu Yutopia a premium smartphone from the house of micromax.  The company says they build this phone with aircraft grade aluminum. Its lollipop v5.1.1 provides true android experience. Yes, the phone has fingerprint sensor on the dice with super sensing speed. The mobile is quite slim with just 7.2 mm of thickness and available in grey colour.

The Yu Yutopia has 5.2 inches Full HD IPS LCD display and has pixel density of 564ppi which you can’t find it in even on One Plus 3T. The phone provides crisp and vivid display with screen protective layer on the top.

Under  the hood, there is a Nova-Core snapdragon 810 processor which is also a beast processor which is available only above Rs.26000 in India. To make your gaming experience better than before it has Adreno 430 GPU and 4GB of RAM. Yu Yutopia has AnTuTu benchmark score of 74928.

Internal memory of the Yu Yutopia is 32GB and expandable up to 64GB. The phone is perfect camera smartphone under 16000 with 21 MP primary camera with Dual-Color LED flash and 8 MP front facing camera with BSI sensor.  The phone sips its juice from massive 3000mAh li-ion battery. 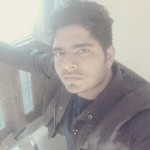